The Cosmological argument for the existence of God does exactly what it says on the tin!! The word cosmology is defined as

From this definition what would you expect the cosmological argument to be based around?

The Cosmological argument looks at the origins of the universe and seeks to find a reason for its existence. It assumes that we wish to ask questions about existence. Tyler and Reid suggest that these questions would include:

If we want to ask these questions then we can conclude with a form of the cosmological argument.

Bertrand Russell was a British mathematician, philosophy and atheist. Russell also became well known for his principled stand on pacifism and his pointed critiques of religion and dogmatic beliefs generally. He published numerous books including Why I am not a Christian which includes his famous debate with Copleston.

Copleston was a Jesuit priest and: author of an influential nine-volume “History of Philosophy”. Also took part in a 1948 BBC Radio debate with Bertrand Russell on the existence of God.

Bertrand Russell (in his famous 1947 debate with F.C. Copleston) argued that these questions of the origin of a universe are questions that have “no meaning” and therefore asking them or seeking to answer them is a pointless exercise. This led Copleston to suggest that this is a rather silly point of view, for how can meaningful debate take place if someone refuses to participate.

If one does not wish to embark on the path which leads to the affirmation of a transcendent being, however the latter may be described… one has to deny the reality of the problem, assert that things ‘just are’; and that the existential problem is a pseudo-problem. And if one refuses even to sit down at the chessboard and make a move, one cannot, of course, be checkmated.

In some ways it’s like asking the question ‘Who is my father?’ and then refusing to participate in a DNA test.

For Russell the universe is just there, and is a brute fact that we have to accept, it requires no explanation.

That’s always assuming that… the world as a whole must have a cause. For that assumption I see no ground whatever… I do think the notion of the world having a cause is a mistake. I don’t see why one should expect it to have… (2004: 135 and 137)

The Cosmological Argument and my socks! 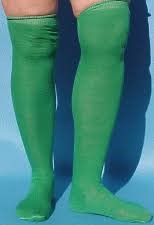 For those involved in the philosophy of religion (and many more besides) the question of the origin and nature of the universe and why they require an explanation are important. The Cosmological argument begins with any event in your life and works backwards. For the sake of argument let’s begin with me putting my socks on this morning!

What on earth does me putting my socks on this morning have to do with an argument for the existence of God?

Question 1: What was the cause of me putting on my socks this morning?

Answer: I’d just had a shower.

Question 2: What was the cause of me having a shower?

Answer: I’d just got up and I was a bit smelly.

Question: Why was I born?

Answer: Because my mummy and daddy loved each other very much…

Question: What was the cause of my mummy and daddy being born?

Answer: Because their mummy’s and daddy’s loved each other very much…

Where will this line of questioning ultimately lead?

This is the general premise of the cosmological argument. To put it in equation form:

P1: Everything has a cause.

P2: The universe is something.

C: The Universe has a cause (which is God).

Whatever event we begin with those who accept the Cosmological argument will always take it back to the first cause.

There are three main variants of the Cosmological Argument

In some ways they are complementary and sides of the same coin (though a three sided one obviously!!), however, there are differences. None of them have supremacy but the Leibnizian argument is the most common and accepted. We will look at each one individually and then compare and contrast them.