The Ontological Argument is the only major argument for the existence of God which attempts to prove God a priori. 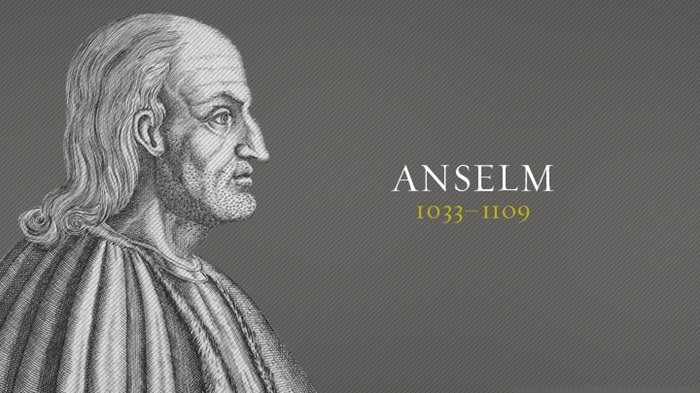 The argument thus tries to prove the existence of God without recourse to empirical evidence. The classical ontological argument was given by Anselm of Canterbury in the 11th Century. The argument has been simply explained “God is perfect; therefore he exists”. It is a little bit more complicated than that but the summary could be seen to be essentially correct. Anselm begins with a definition of God:

“God is something than which nothing greater can be conceived”.

He doesn’t mean larger, but means ‘better’ or ‘superior’. What is interesting is that Anselm does not try to go beyond this very broad definition. Nothing is said of his omnipotence, or omniscience– he seems to just assume that the reader will think of all of the qualities associated with God to the absolute and ultimate degree (He is therefore the most powerful, the most merciful, the most loving and so on).

Anselm goes on to suggest that atheists are fools. Linked with Psalm 14:1 he says: “Then is there no such nature, since the fool has said in his heart: God is not?” But even though this ‘fool’ can deny God’s existence he cannot deny God’s existence in his understanding: “But certainly this same fool, when he hears this very thing that I am saying—something than which nothing greater can be imagined—understands what he hears; and what he understands is in his understanding, even if he does not understand that it is. For it is one thing for a thing to be in the understanding, and another to understand that a thing is.”

Consider the difference between denying God’s existence and denying his existence in understanding.

This argument can be summarised in two different ways:

Anselm developed his ontological argument further in Proslogium 3. In this he expands what he means by existence. It is possible to conceive of some things not existing. For example Bob could have not existed if his parents had never met; it is possible for a person to conceive of a child in their mind but never actually conceive a child. The difference between a case such as this and God is their type of existence. All things, according to Anselm, apart from one are contingent whereas the being greater than which nothing can be conceived has necessary existence:

Descartes’ argument provides important support for Anselm while approaching it from a different angle. Descartes argues “all the properties that I clearly and distinctly perceive [an] object to have do really belong to it…. I assuredly find in myself the idea of God– of a supremely perfect being– no less than the idea of a figure or a number; and a clearly and distinctly understand that everlasting existence belongs to his nature, no less than I can see what I prove of some figure, or number, belongs to the nature of that figure, or number”. He goes on to use the example of a triangle: “But on more careful consideration it becomes obvious that existence can no more be taken away from the divine essence than the magnitude of its three angles together (that is, their being equal to two right angles) ca be taken away from the essence of a triangle” (1975: 103).

He argues that existence is a perfection and therefore can be logically expected to be found in a supremely perfect being. Descartes does recognise a problem with his argument. Just because we can conceive of something does not necessarily make it so (he uses the example of valleys and mountains). However, he concludes, as does Anselm, that to conceive of a supremely perfect being as anything but existing is self contradictory.

Criticisms of the Ontological Argument

Gaunilo (a fellow Benedictine monk) criticised Anselm’s argument under the humorously titled On Behalf of the Fool. He criticised Anselm’s argument as absurd because of the conclusions it could lead to. Anselm seemed to appreciate Gaunilo’s criticism and from a very early stage had it attached to his Proslogium so that everybody who had his book would also have “the criticism of his argument and his own reply to the criticism” (Eadmer, 1972: 31). Gaunilo exemplified the absurdity through formulating the ontological argument for the existence of the perfect island: 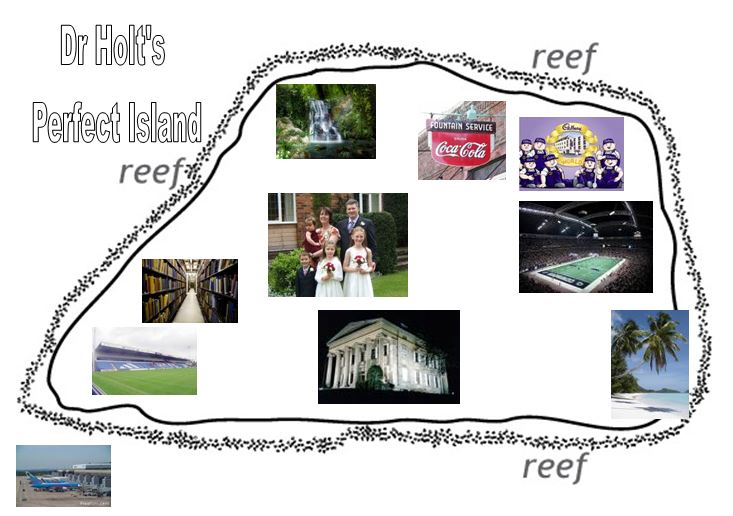 Any perfect thing that can be conceived should therefore exist whether it be God, an island, a mother, a razor blade. Indeed, Haight and Haight argue that “I have a concept of something than which nothing worse can be conceived” and goes on to argue for the ontological argument for the devil (1970: 218). Gaunilo goes on to argue that the “greater fool” would be the one who accepts this proof for the existence of the island without first showing that “the hypothetical excellence of this island exists as a real and indubitable fact” (1963: 159).

In his second stage of the Ontological argument some would argue that Anselm has answered Gaunilo in suggesting that to relate an island to God is comparing a contingent thing to a necessary being which have different qualities and types of existence.

It may be surprising to find Thomas Aquinas criticising an argument for the existence of God. However, he struggles with some of the claims and assumptions which Anselm makes. Aquinas very much felt that an argument for the existence of God needed to be based on causal or empirical evidence (as is shown in his Five Ways). He argued that the concept of God does not mean the same thing to everybody: “not everyone who hears this word ‘God’ understands it to signify something than which nothing greater can be thought, seeing that some have believed God to be a body.” If we extend Gaunilo’s argument- if I picture a perfect island it may well have chocolate waterfalls and cherry cola lakes which would seem at odds with your picture. Similarly, if we look at religious concepts of God we find similar differences.

However, Anselm was not trying to prove a conception of God only a being greater than which nothing can be conceived. This is shared by most, and Aquinas’ first criticism can be found to be only partially successful.

Aquinas’ second argument simply states “”it does not therefore follow that he understands what the word signifies exists actually, but only that it exists mentally.” To use Palmer’s definitions the ontological argument can only prove potential existence rather than actual existence. Again, Aquinas’ criticism is susceptible to Anselm’s self contradiction to conceive a being greater than which nothing can be conceived does not exist. It does not, however, mean that Aquinas’ argument fails.

Kant’s criticisms are aimed at Descartes but can also be levelled at Anselm’s first stage. He argues that existence is not a predicate, meaning an attribute or characteristic and therefore the ontological argument fails.

Being is evidently not a real predicate, that is, a conception of something which is added to the conception of some other thing. It is merely the positing of a thing, or of certain determinations in it. Logically, it is merely the copula of a judgement. The proposition, God is omnipotent, contains two conceptions, which have a certain object or content; the word is, is no additional predicate-it merely indicates the relation of the predicate to the subject. Now if I take the subject (God) with all its predicates (omnipotence being one), and say, God is, or There is a God, I add no new predicate to the conception of God, I merely posit or affirm the existence of the subject with all its predicates – I posit the object in relation to my conception.

He argues that a predicate adds understanding to the concept of something. If I was to describe money (an example Kant uses) adding the colour and size would enhance our knowledge and conception of it in both potentiality and actuality. However, saying it exists would add nothing to our understanding.

If we take the subject (God) with all its predicates (eg all knowledge), and say ‘God is’ or ‘There is a God’, we attach no new predicate to the concept of God… merely posit it as being an object that stands in relation to my concept. The content of both must be one and the same… The real contains no more than the merely possible. A hundred real thalers [(coins)] do not contain the least coin more than a hundred thalers.

Kant argues that the concept and the actual share the same properties and therefore don’t need to exist in actuality. “While gramatically a predicate, [existence] is not a real predicate because it’s logical function is entirely different: its role is not to ascribe a quality or property to a particular thing, but rather to assert that there is an actual instance of a particular description” (Palmer, 2001: 15). Others, however, argue that existence can be a real predicate “Of the real hundred thalers, my concept of them includes the property of having purchasing power in the real world. My concept of a hundred thalers does not have that property” (Davis, 1997). Thus there is a difference.

Russell takes Kant’s argument a step further by asking a question “Do cows exist?” By this he means that is there an animal which satisfies the description and attributes I associate with the word cow. If there is not then cows do not exist.

Kant extends his objection by offering a similar argument to Aquinas. That just because something exists in our minds it does not necessarily exist in reality: “To posit a triangle, and yet to reject its three angles, is self contradictory: but there is no contradiction in rejecting the triangle together with its three angles. The same holds true of an absolutely necessary being. If its existence is rejected, we reject the thing itself with all its predicates: and no question of contradiction can arise” (1929:502).

Richard Dawkins derided this argument in The God Delusion:

“Let me translate this infantile argument into the appropriate language, which is the language of the playground:

‘Bet you I can prove God exists.’

‘But if it was real it would be even more perfect, because a really really perfect thing would have to be better than a silly old imaginary thing. So I’ve proved that God exists. Nur Nurny Nur Nur. All atheists are fools.’”

While it doesn’t add anything substantially to the philosophical discussion surrounding the Ontological argument Dawkins, in his own way, is trying to show the absurdity of moving from thought to reality- something Gaunilo did in a much more sophisticated way.